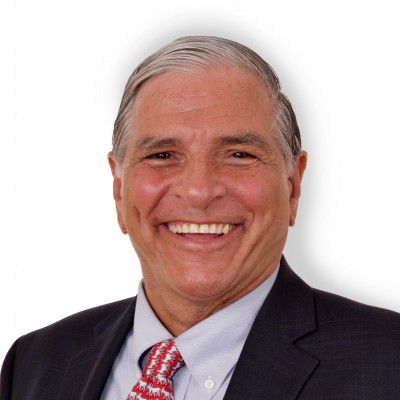 Click here to have Wit & Wisdom sent directly to your inbox

Today is “F-Day” … as the Fed will make a scheduled announcement this afternoon of its plans and forecast … which has the potential of immediately driving investors into a frenzy.  Whether or not it will be an equity buying or selling frenzy remains to be seen.

It is interesting that sometimes a slower economy results in an uptick in stocks … but that typically happens when the Fed jumps in and lowers rates to keep the economic engine from going off the rails.  Now there is so much uncertainty that no one knows what the end result will be.

An interesting discussion took place on Bloomberg this morning (I jumped in too late to find out the speaker) in which an opinion was given that the Fed is very hopeful the unemployment rate rises (following a claim that a major inflation catalyst has been the increase in salaries).  That could be starting to happen as Goldman Sachs is expected to lay off some staff … and a Bloomberg report claims Wal-Mart will be hiring “only” 40,000 workers this holiday season.  That sounds like lot, but keep in mind it was 150,000 for the last Christmas season.

There is also a bit of concern over Russia’s possible increase in activity with regard to Ukraine.  While increasing the amount of troops is one item, worriers among us (me included) chose to focus on the potential threat of nuclear power … as no one has any inkling of where that could lead … but it certainly wouldn’t be good.

One final note for this morning was something I came across shared by Axios, originating from Morning Consult.  It seems that a survey among Chinese travelers took place and while Covid is listed as a main reason behind hesitancy in not traveling to the United States … the same percentage responded that “violent crime” in the U.S. was another cause behind opting not to visit here.  Of course, it could be the media there … touting the dangers of capitalism … but I have heard similar concerns from friends in England, South Africa and Australia.

That about wraps it up for today as I sit with popcorn in hand, anxiously awaiting word from the Fed.

Unfortunately, I won’t know until later on whether or not what I will be viewing is a drama or thriller.

It certainly isn’t a comedy

… as the Fed’s earlier mischaracterization surrounding erroneous claims of “transitory inflation” … forcing painful recent action upon us … is certainly no laughing matter … and could result in quite a few tears.

Have a great day,

As we all await word from the Fed, some look toward additional … but purposeful … economic pain along with the increase in rates (FoxBusiness)

The Metaverse surely seems promising … but there is one important thing to realize.  Experts feel its fully-adopted use is at least a decade away (CNBC)

Raising a child surely has its challenges … but we should only warn them of life’s dangers to a certain degree.  Taking risks is part of life … and an important part for career success (Inc)

I speak to many friends who still live in New York … but as they age, the discussion leads to their future plans … and what is mentioned most often is Florida … for many reasons (NYPost)

The statements above are supplied for educational purposes only. The statements depict the viewpoints and opinion of the author and are not necessarily the views of Emerald Asset Management or its affiliates. The information described herein is taken from sources which are believed to be reliable, but the accuracy and completeness of such information is not guaranteed by us.